As discussed in a previous post, my plan is to have a bunch of coins and badges that I have collected over the years inlayed into the prevention peak. first job was to lay out the coins and badges in approximately the side that I wanted them to be . 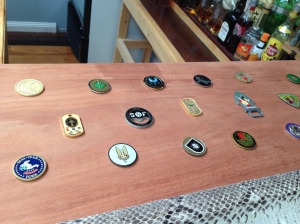 From there I could work out the space required to get them courteous and symmetrical, and then mark the accurate center points to drill out the holes to inlay the coins into . 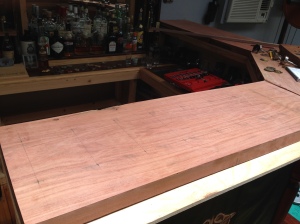 Before taking to the actual bar top and risking making a err, I trialled inlaying the coins into a rubbish musical composition of the same Jarrah that I used for the banish top. Complicating matters slightly was the fact that the coins where all slenderly different diameters and thicknesses. My goal was to minimise the gap around the external of the coins, so I drilled a bunch of unlike holes in the test slice of forest, using unlike diameter Forstner bits. From there I could test burst each individual coin and study out the best sized hole to minimise gaps . 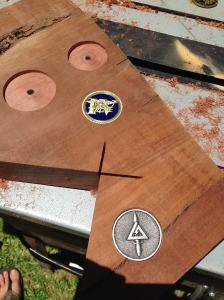 I found that the real magic trick with drilling the holes was to ensure that I kept the drill snatch absolutely perpendicular to the forest. I initially struggled to do this, and found that I had a inclination to put more pressure on the wield english of the drill, leading to uneven depth holes, and therefore the mint sitting at an angle. The trick to overcome this problem was to only drill a few millimetres at a time and then check the hole to see if it was even, and compensate accordingly if required. To get the depth right, I would besides regularly test fit the coin into the hole as I went and then keep drilling modest amounts until a depth where the coin fit flush with the forest. When I was fairly confident that I could get it correct, I took to the bar top and started inlaying the coins .

I surely didn ’ triiodothyronine get all the holes perfect, but as I will be covering the bar top with lacquer, my plan will be to glue the coins in their holes, and this will give me the probability to adjust their angles slenderly in the holes that I have drilled unevenly .
once the first base slab was done, I just repeated the serve for the moment slab . 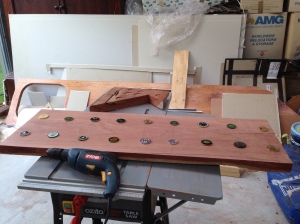 I found that I was much better at drill accurate holes for the second slab, having had the feel of doing the beginning. The second gear slab is the one that goes down the side of my prevention, and I anticipate will generally be less used than the first slab. With hindsight, I should have done the slab in the opposite order, so I got the best resultant role on the more visible slab. That said, they both came out reasonably well, and surely good enough for a man cave stripe ! 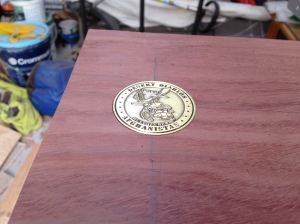 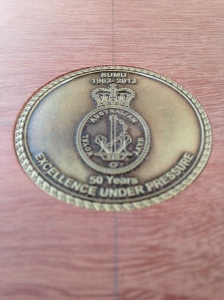 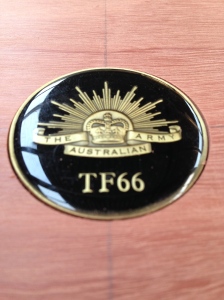 As seen in the beginning pictures of this mail, the center row of coins and badges that I plan to inlay into the bar crown, are all irregular shapes and curious sizes. These are ones that I can ’ t merely inlay using a Forstner bit, and I will have to give a bit more think to. The plan is to use a router for the larger ones, and a Dremel in a frame for the smaller, more intricate badges. I anticipate that I will need to make up a few templates as I go, and once again I will be doing test runs on rubbish wood before I crack into the bar top .
Cheers for looking, dan .